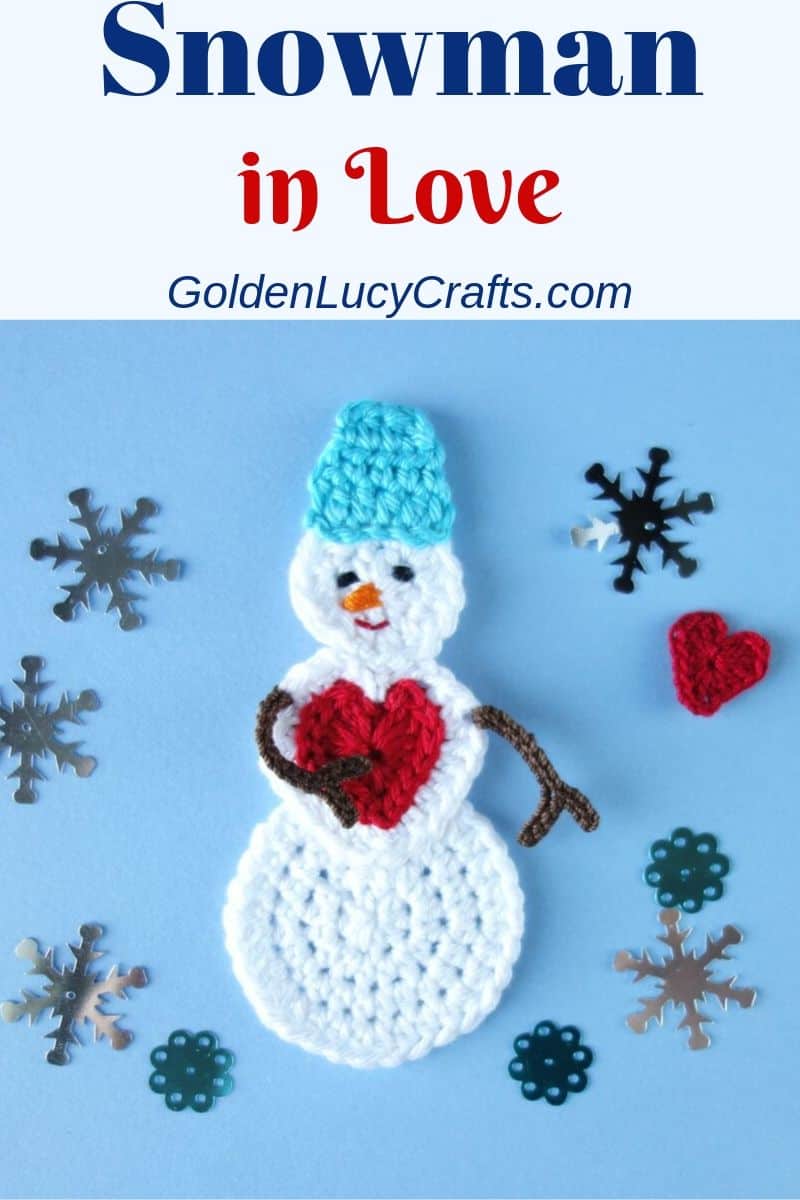 Disclosure: This post may contain affiliate links, which means if you make a purchase from one of these links I will get a commission.

You may also like this DIY Yarn-Filled Snowman Ornament! 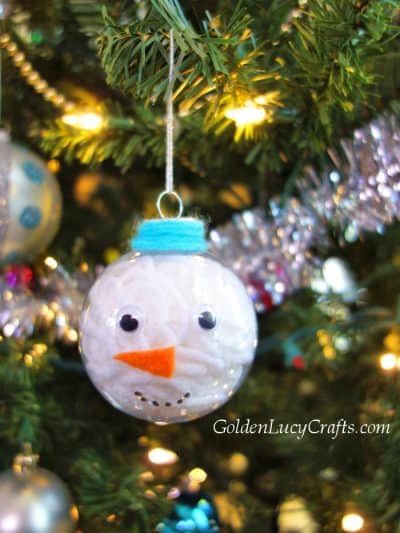 The pattern for this applique is also available as a print-friendly, styled and advertisement-free PDF file. You can get it from my Etsy Shop.

Add this pattern to your Ravelry library!

PIN this pattern to your Pinterest Board for later! 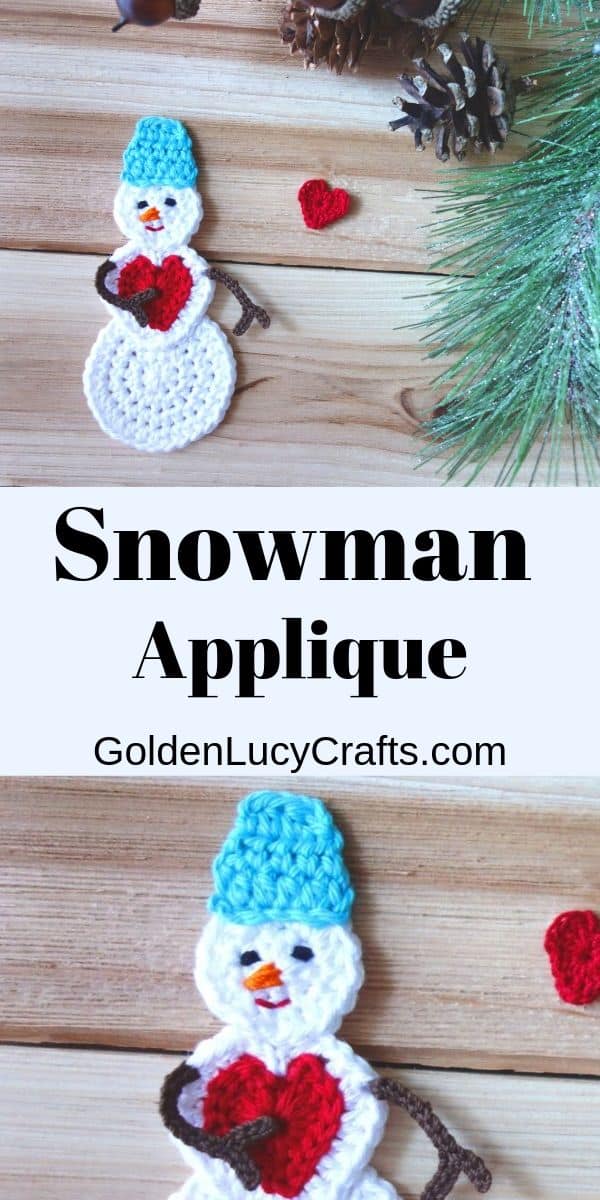 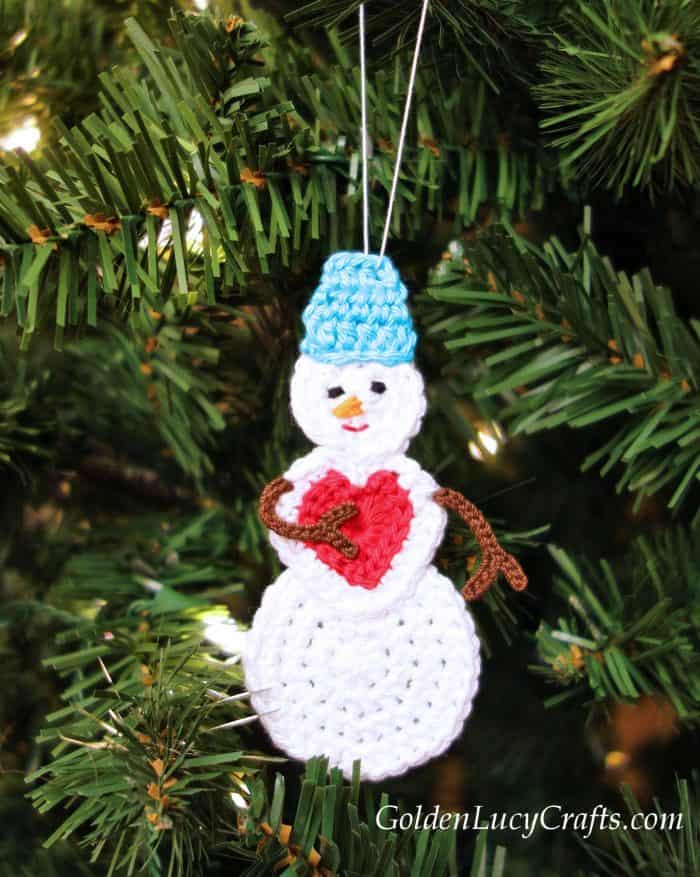 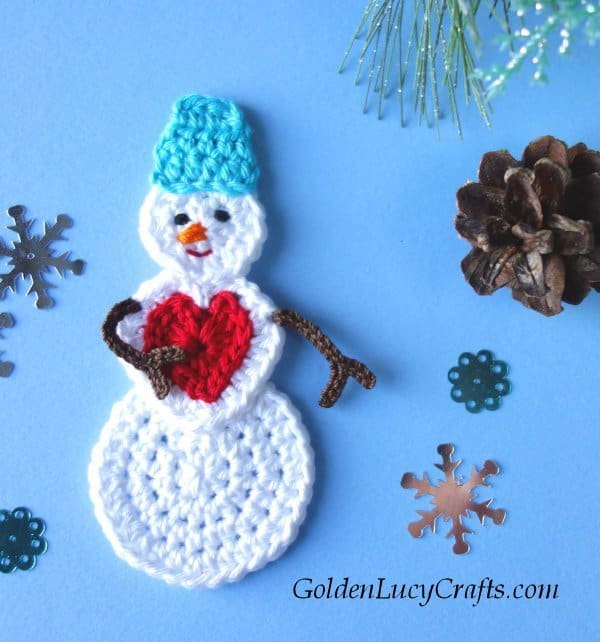 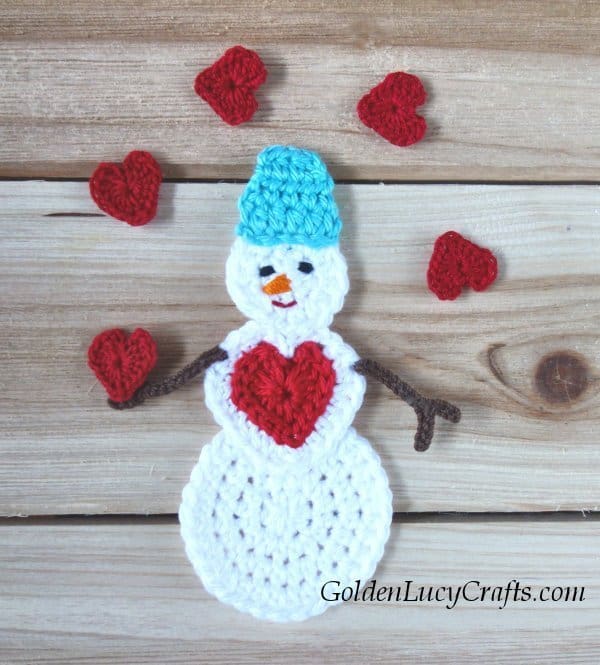 Rnd 3. This is a round of Sl Sts made around Rnd 1 and it is made with surface slip stitch technique. You have red yarn loop on the RS and working yarn on the WS. Insert hook into this loop, then insert your hook from the RS to the WS through the center of Ch 4 in the beginning of Rnd 1, yarn over on the WS, draw the yarn over loop through to the RS, pull the yarn over through the loop on your hook (surface slip stitch made). Make next surface Sl St in first St of Rnd 1 and in each next St around. See the picture below, white dots show where to insert the hook. Fasten off. 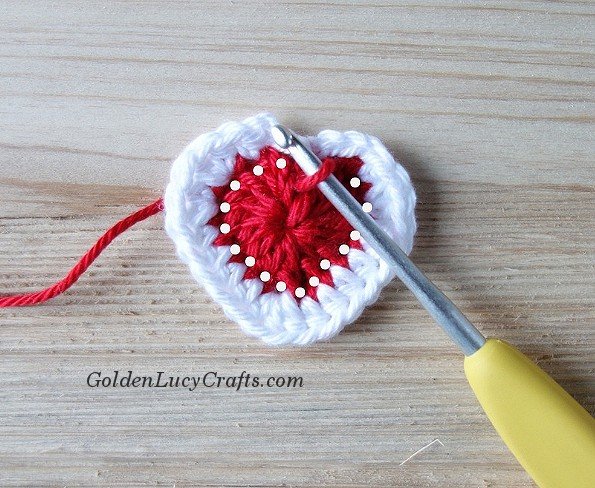 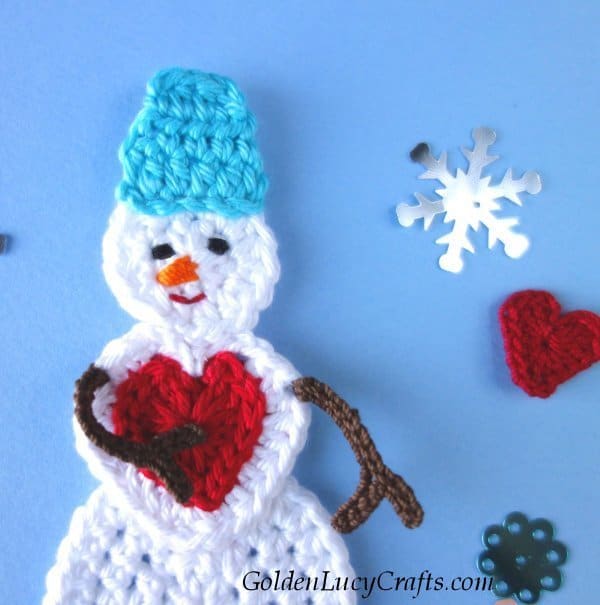 Left Arm: with RS facing you, join crochet thread into third St from the end of the last Rnd of the Middle Part of Snowman. Repeat from * to *.

Sew Head, Hat, Middle and Bottom parts of Snowman. Bend Snowman’s right arm and sew it on to his heart. Embroider eyes, nose, and mouth. Make a small red heart. Shape and block your crochet Snowman as necessary. 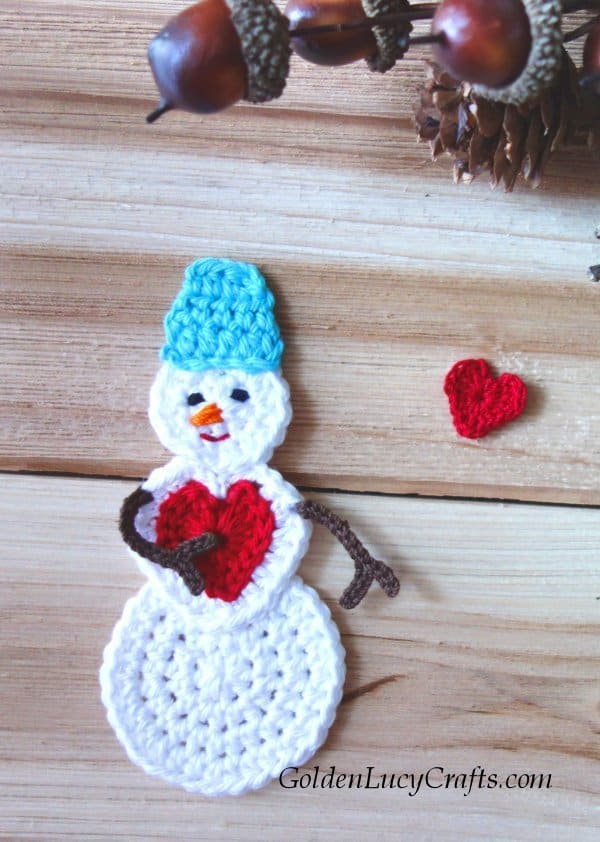 I hope you enjoyed this crochet Snowman free pattern! 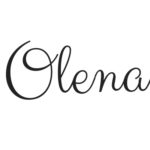 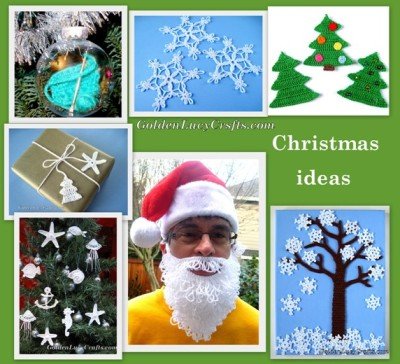 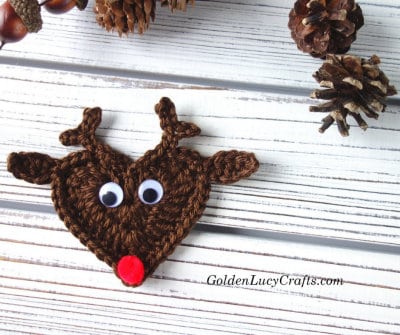 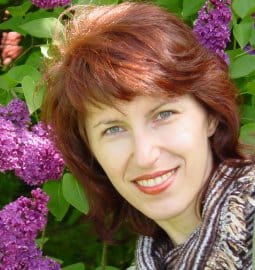 ©2021 GoldenLucyCrafts. All Rights Reserved.
GoldenLucyCrafts is a participant in the Amazon Services LLC Associates Program, an affiliate advertising program designed to provide a means for sites to earn advertising fees by advertising and linking to Amazon.com.
This website uses cookies to improve your experience. By using this site, you agree to its use of cookies.Accept Read More
Privacy & Cookies Policy

This website uses cookies to improve your experience while you navigate through the website. Out of these, the cookies that are categorized as necessary are stored on your browser as they are essential for the working of basic functionalities of the website. We also use third-party cookies that help us analyze and understand how you use this website. These cookies will be stored in your browser only with your consent. You also have the option to opt-out of these cookies. But opting out of some of these cookies may affect your browsing experience.
Necessary Always Enabled
Necessary cookies are absolutely essential for the website to function properly. This category only includes cookies that ensures basic functionalities and security features of the website. These cookies do not store any personal information.
Non-necessary
Any cookies that may not be particularly necessary for the website to function and is used specifically to collect user personal data via analytics, ads, other embedded contents are termed as non-necessary cookies. It is mandatory to procure user consent prior to running these cookies on your website.
SAVE & ACCEPT